History of Screws and Screw Threads

In this edition, we are going to discuss about how screws, the most relevant fastener came into being. But before debunking into their history, let’s go through a formal introduction.

What is a screw?
A screw is a small metallic object (shaft), featuring a corkscrew-shaped channel present on its surface. This kind of fastener is used to bind two objects together and a screwdriver is required to fasten such objects. History
Archimedes in 200 BC had originally developed the principle of screw and used this technique to build devices, so as to raise water from the ground level or beneath of that. According to the archaeologists, the forerunner of the modern fasteners, such as screws is found in some artefacts, dating back to early Egyptian and Greek eras. The rulers of Alexandria used them in their automations and ammunitions. With the advent of the Renaissance era, the screw thread attachments and their applications were started to be used in bits and pieces. One of the most common forms in the latter historical epochs is a thin metal bar twisted into a helix shape by a smith, which resembles much like today’s hammer, screw driver and nails.

The second most commonly used form of this particular fastener is the one, which was cut using saws and gravers. The screw thread technology started to be used on a broader scale in the 18th century. However, it is believed that the screw thread technology was invented by Archytas of Tarentum in 400 BC. He is also known as the founder of mechanics and was a strong contender of Plato. Its application was used for the first time in farms to extract oil from olive and grape juices.

The oil ranches in Pompeii used to work on the screw principle. These fasteners were also seen used in manufacturing of firearms. Earlier, ammunition such as guns were only used by the Royal bodyguards, but soon the common soldiers also started using this weapon. Thus, it became necessary to reduce the cost of the manufacture of the handguns. On one hand, a nation had to spend a fortune saving the ruler and on the other hand, they had to spend a fortune protecting the common mass as well. The two contributing factors, where this expenditure could be slashed off lay heavily in implementing the barrel and screw threads to accumulate a firearm. As the only solution relied upon the development of a rotating device (lathes), it was no surprising that these two techniques even evolved simultaneously.

Modern Screws
With each passing day, the technology as well as the usage continued to grow and in 19th century, the screws became a relevant part of the hardware supplies. The Robertson screw became hugely popular with the beginning of the 19th century. In 1908, Canadian scientist P.L. Robertson invented the square-drive screws and then 28 years later; Phillips head screws came into being. While the Robertson fasteners were considered the first recess-drive kind fastener, the Phillips Head was extensively used for the gasoline cars. 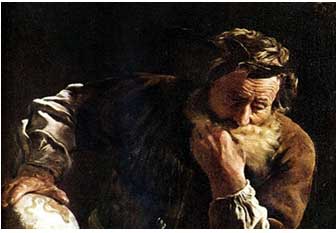 Some Recent Updates about Screws
Hey did you know recently the Queen of England gave the green signal to impart power to the Windsor Castle through hydroelectricity? It was carried out by using turbines hugely based on Archimedes screw principle. The 40 ton weighing Archimedes’ Screws were set-up at Romney Weir across the Thames River. The turbines exactly look like the screw invented by this Greek mathematician.

In the ancient city of Qsar in Egypt, an ancient mechanical tool was discovered. It appears to be a giant screw, which is believed to be used in ancient times for squeezing out oil from olives.